On the Road Again: Part 2 – Filling the Analytical Gaps

Following our excursion to Eastbourne, we packed up the SIFT-MS and headed North to a customers site for a couple of days of hands-on instrument demonstrations.

After delivering a Lunch & Learn seminar covering the basics of SIFT-MS, we moved to the lab and set the following challenge – bring along some samples and we will attempt to analyse them for you.

Amongst the samples that were brought to the lab, including long-chain alcohols and cyclic siloxanes, the following interesting example turned up – an additive compound was imparting a taint upon aging, which could not be identified by GC-MS.  Could SIFT-MS work out what it was?

The first thing I did was to run a series of full mass scans, using the reagent ions available, to see what indicative product ions were being produced.  The two mass spectra below clearly show a peak at 47 Da with H3O+ and 45 Da with O2+.  According to the LabSyft library, these could be attributed to either ethanol or formic acid.  By comparing the ratio of the 45 Da and 46 Da peaks in the O2+ spectrum, the results suggested formic acid was the culprit. 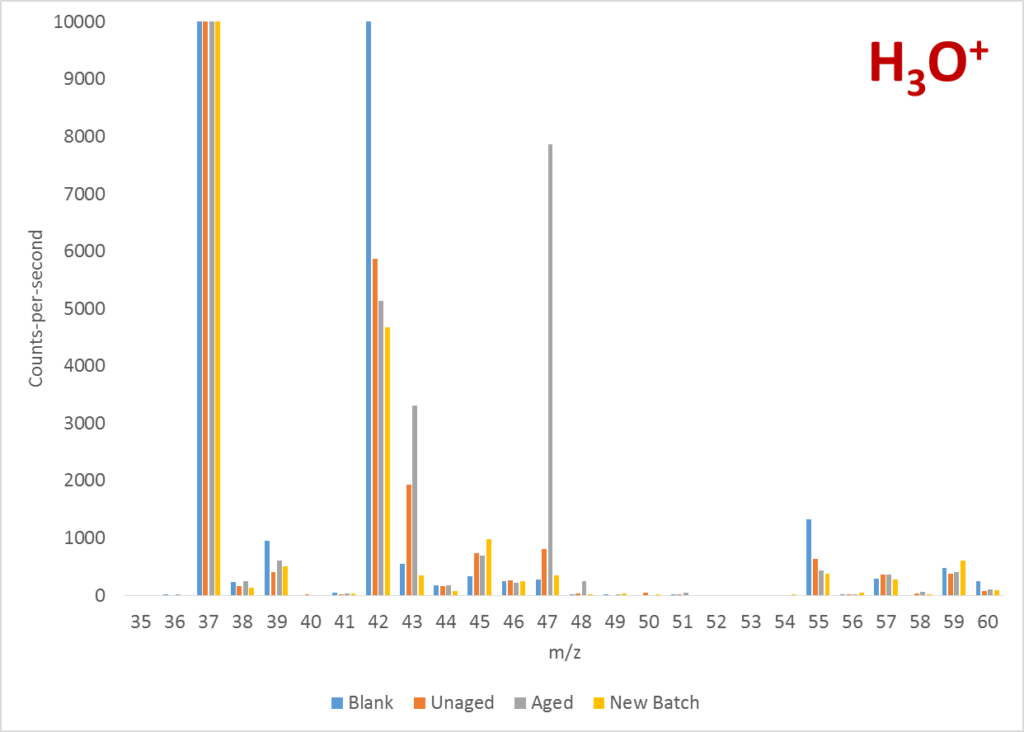 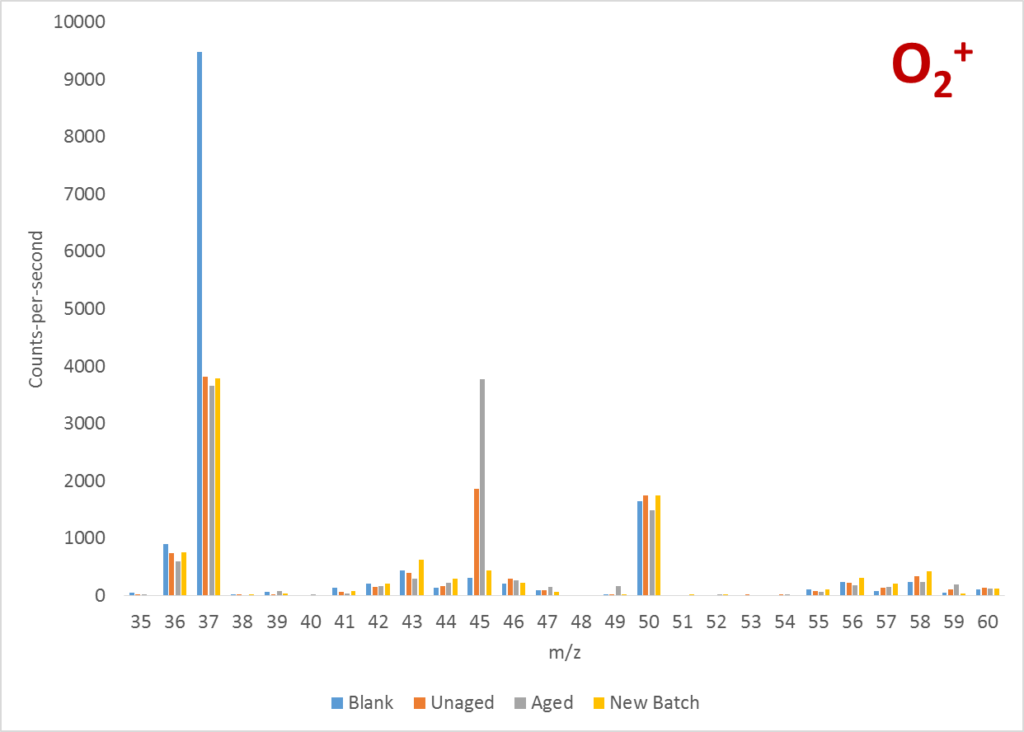 Once the contaminant compound was identified, it was a straightforward exercise to run a quantitative analysis of formic acid on the samples and to demonstrate the elevated levels in the aged sample.  This result can be seen below. 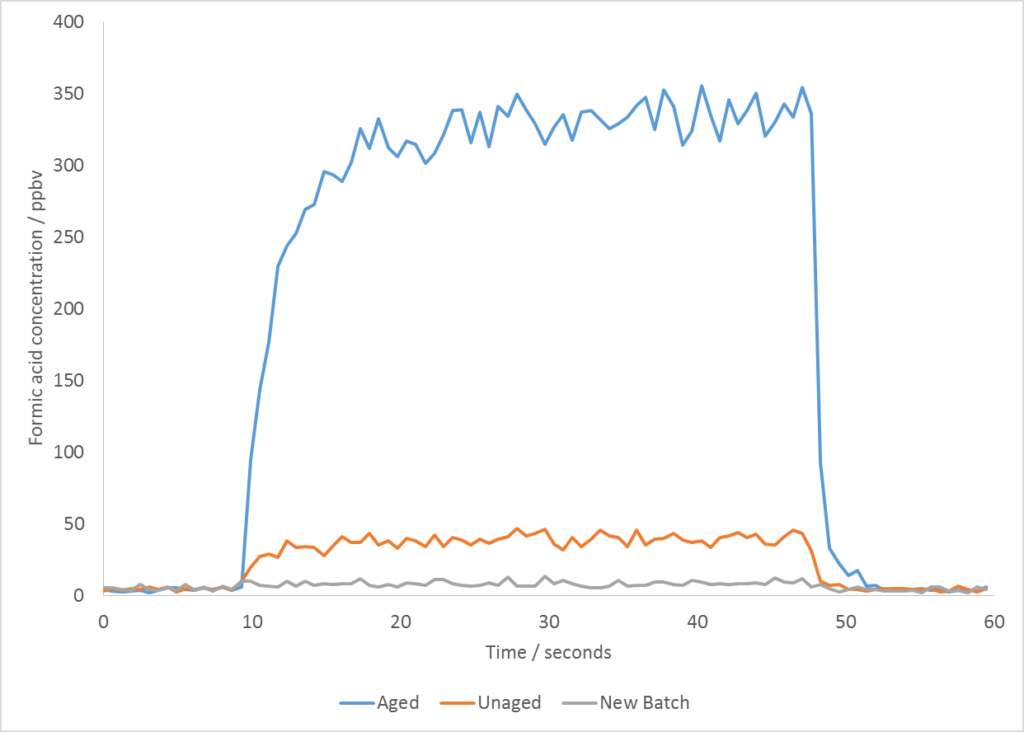 For me, apart from the speed and ease with which this analysis was carried out, the fact that formic acid eluded detection by standard GC-MS methods, but was readily detectable by SIFT-MS, shows how these difficult, small polar compounds become straightforward analytes when the right technique is used.

If  you would like further information about how SIFT-MS can help to fill the gaps in your analytical space, either call us on 01223 279210, or email us now.