The Road to Riva

We have raised over £2,500 for Parkinson’s from supporters of our road trip to Italy and what is more, we completed the round trip to Riva del Garda and back without a major incident.

I want to give my sincere thanks to everyone who made a donation.  You are kind people! 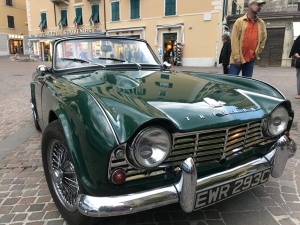 In recognition of a successful two-way crossing of the Alps, we have named our car Hannibal.

We were determined to complete the whole trip in the open air and despite the odd patch of rain, and a freezing cold 6am start from Reims on Sunday, we did just that!

Our 1965 Triumph TR4 acquitted itself extremely well, not just in the mountains, but also on the autobahn (a mad hybrid of major trunk road and the Top Gear test-track), where Hannibal cruised at 70mph plus, for hour after hour. 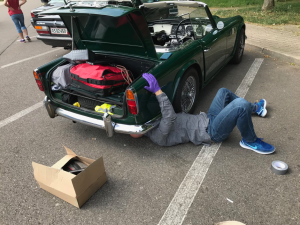 We were feeling very intrepid until we were put firmly in our place.  High in the Alps and rounding a bend, we found ourselves behind a German couple, plus luggage, climbing a steep incline at 15mph, in a tiny 1956 bubble car powered by a 300cc, single cylinder, 13hp engine.  Respect!

We took plenty of video footage, so watch this space for the edited version, in which all of our generous supporters will get a special mention! 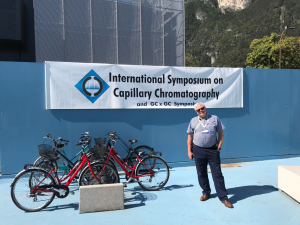 The Riva conference was excellent (as always), bringing together the brightest minds in the field of capillary chromatography in an environment that stimulates new thinking. We have come back with a shed-load of new ideas; Riva has worked it’s magic again!