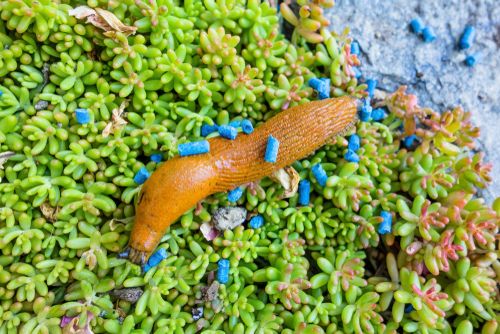 You might remember the news back in January that Metaldehyde was banned due to fears of the environmental impact of its extensive use.

You may also remember that there was no shortage of chagrin at the decision. Mostly because of the lack of any affordable and available alternative way to control slugs but partly because many saw it as a publicity stunt rather than a rational decision.

Fortunately for the agriculturalists of the UK (less so for the terrestrial mollusks), the High Court agreed with a challenge on the ban’s legality. This means that pellets will be back on the shelves with immediate effect and we can, once again walk barefoot in the cabbage patch.

The UK regulatory limit for Metaldehyde in drinking water is set at 0.1 µg/L and it has a nasty habit of concentrating during heavy rainfall. This means it will need to be rigorously tested for by Water Companies for the foreseeable future rather than being the sole interest of the Environment Agency.

Anatune collaborators, Affinity Water have a working on-line Metaldehyde detection system installed which you can read about here. This real time approach can be applied to a multitude of analytes to generate data for the control process. It’s possible to analyse for anything the lab can measure in the water treatment works using the same approach, cutting the week long turnaround times to minutes.

If you haven’t already, please consider signing up to our e-Apps. You’ll get relevant application notes directly into your inbox whenever they’re published.

If you have any thoughts on the next big development in Water Monitoring, we’d love to hear it. Equally, if you think this approach could help your organisation, don’t hesitate to get in touch, either call us on 01223 279210 or email us.