A Trip to Anatune: The Customer’s Eye View 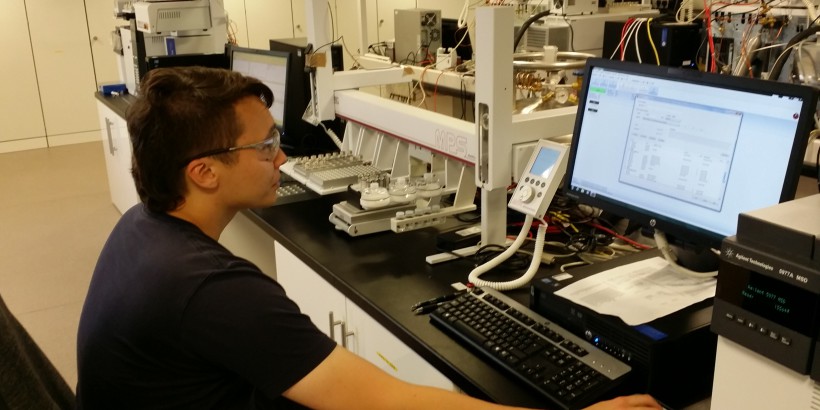 Following an initial chat with James Kee of Thames Water, we invited him down to our laboratory in Cambridge and in the interest of how our customer experience is viewed we asked James to write us a blog post of his experiences:

‘Faced with a vastly increased workload in the coming months, automation of several of our high volume water quality methods became a necessity.

I was invited to Anatune on the edge of Cambridge to become acquainted with the GERSTEL MultiPurpose Sampler by Sean O’Connor, who spared no effort in his introductions, not only to Anatune, but to the capabilities and applications that the system could provide.

I was also introduced to Maestro, the automation software which I found very intuitive and elegant in its simplicity.

It was with some relief that Sean assured me our sample preparation methods would translate well to automation and then demonstrated as such when he tutored me through method creation. Clicking the start button with some anticipation, I watched two syringes glide swiftly between a 40ml vial of sample, a 2ml vial of internal standard and formic acid. Sean leaned over and tapped a key to bring up a sample schedule, with each step highlighted as a different section of a bar chart.

“Are you sure you don’t want to make a working calibration set?” he enquired. “This will only take fifty minutes”.

All my concerns with drastically scaling down methods normally performed in volumetric flasks to 2ml vials were addressed, with alternative processes suggested where dilutions became impractical.

I ended the day asking a lot more questions about possibilities I hadn’t considered and a tidy rack of test vials which would later yield very promising results back at the Thames Water laboratory in Reading. Suddenly long, laborious methods involving sample extraction could happen simultaneously with data processing and instrument maintenance done by our analysts. If I speak with some enthusiasm, then it is well earned.’

We would like to thank James for his post and for his compliments.  He managed with a little help from us to automate 3 of his methods which will enable him to spend time on the data analysis for the increased data set which he will now create.

James used a mixture of simple sample preparation techniques including internal standard spiking, calibration standard creation/dilution and a liquid-liquid extraction in his methods using the simple to use Maestro software to complete this.

The MPS autosampler in conjunction with this software can be programmed to perform these simple tasks, and with a couple of additional units such as the mVorx, agitator and or mVap can perform multistep preparations or derivatisation and when linked to a GC, the entire preparation and analysis of samples such as in our application note AS136.